Monero fell through a bullish channel to test support after showing a bearish divergence, and it appeared feasible that the price would break beneath the support level as well. Crypto.com Coin invalidated a bullish pattern as it dived past a level of support. IOTA slid ever lower on the charts, in continuation of its trend in the past month.

The cyan arrow highlights indecision in the market as price threatened to break beneath the channel. Bulls fought valiantly to drive the price up but XMR crashed through to find support in the $87 zone.

Apart from the Doji candle at trendline support, a bearish divergence highlighted in a previous analysis was another indication of bearishness in the near-term.

Awesome Oscillator also shows that momentum has crossed over from bullish territory into bearish. It is likely that XMR loses the support at $87.7, with the possibility of a minor bounce to the upside. 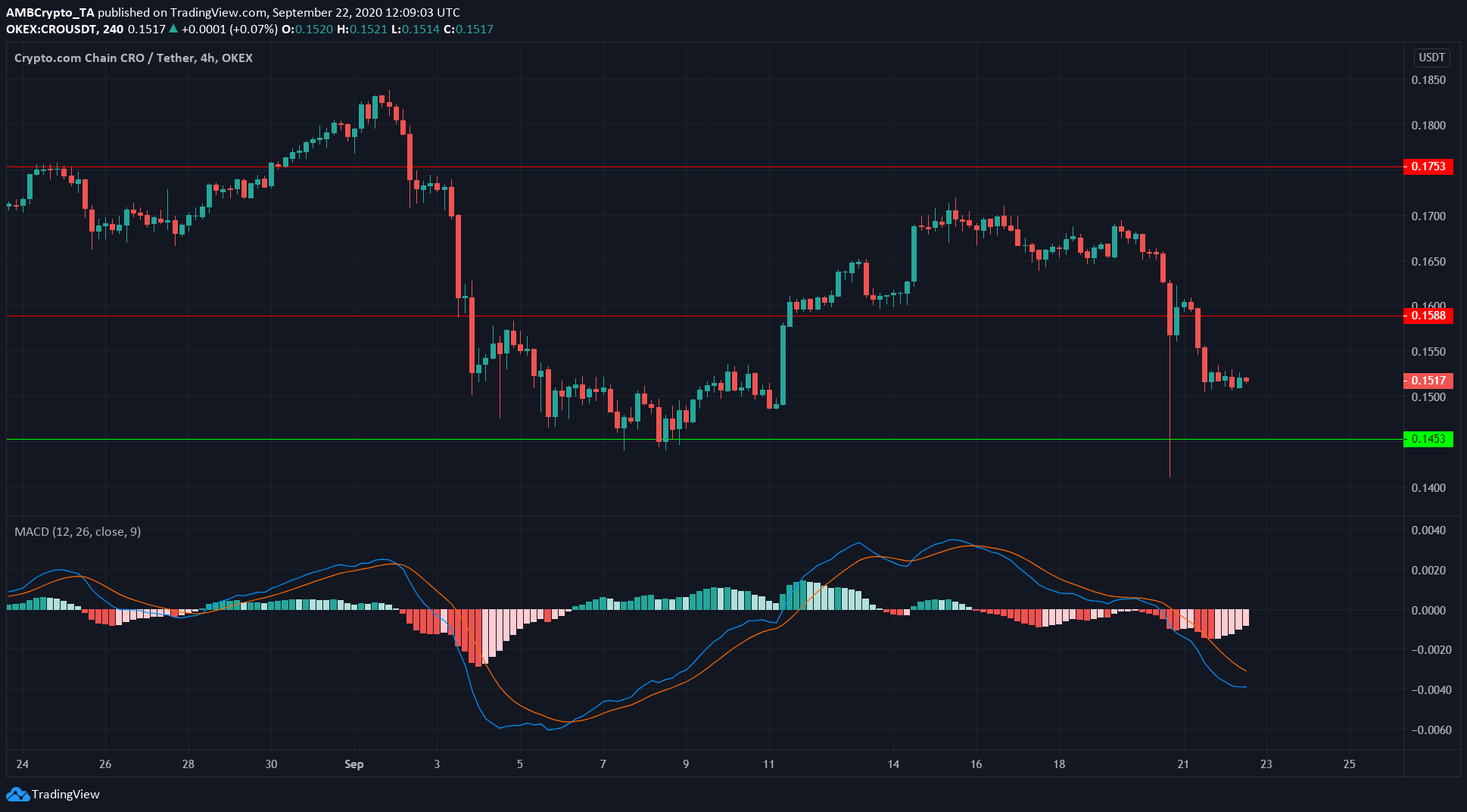 CRO had formed a bullish pennant since invalidated. Subsequent level of support at $0.158 failed to hold in the face of strong selling pressure.

The bearish crossover seen on the MACD showed that $0.158 was unlikely to hold as support, and this proved to be the case. The MACD continued to show a  strong sell signal as both the MACD and the signal line were deep in bear territory.

Kris Marszalek, CEO at Crypto.com, offered an update on after users reported problems with opening the Crypto.com exchange. He assured users that it was fully operational once more and that their funds were safe. 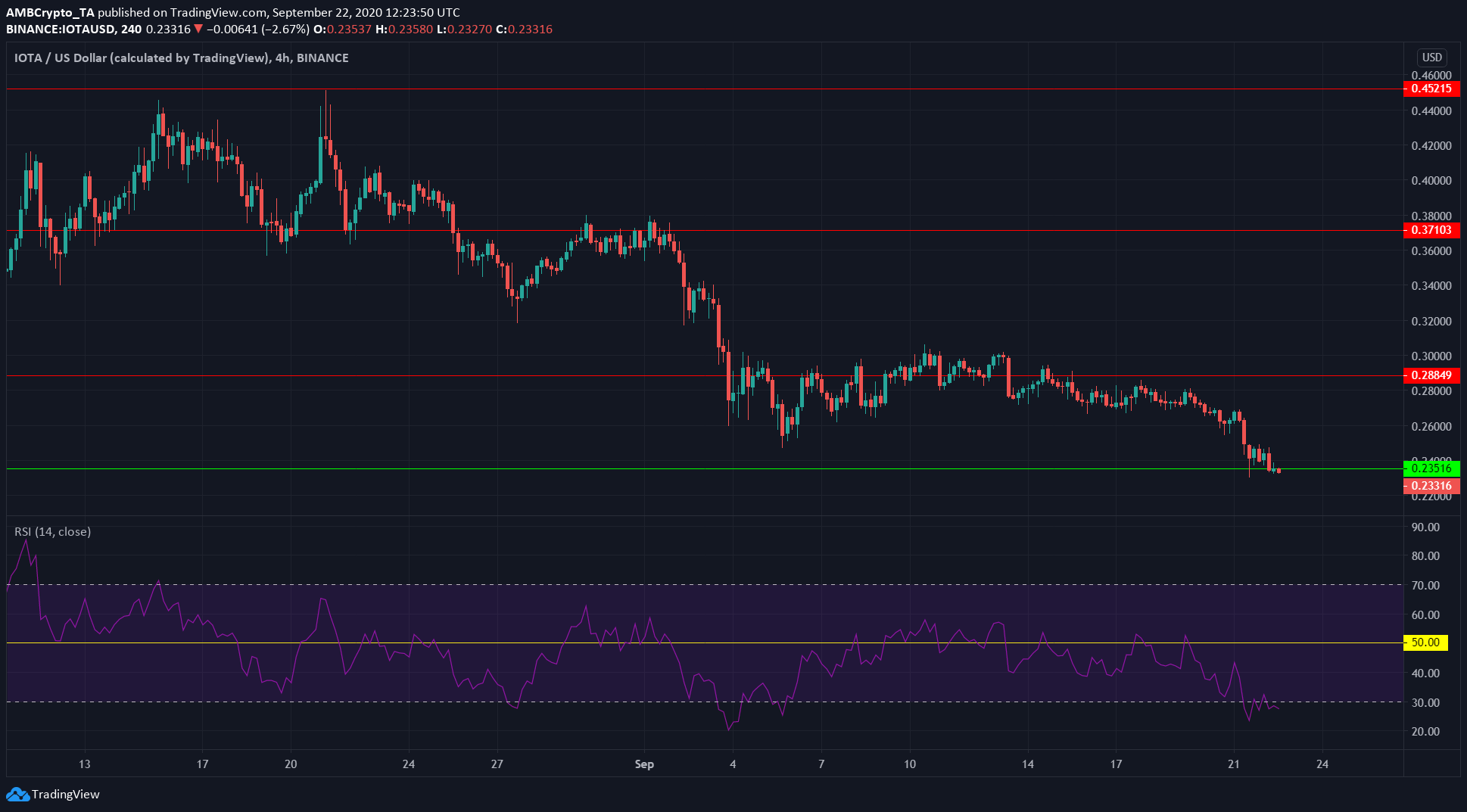 RSI was in oversold conditions at the time of writing, with a value of 27. However, another fact illuminated by RSI is how IOTA has been unable to threaten to reverse or even stall the downtrend.

RSI struggled to surmount the value of 50, and was forced to chop insignificantly about the neutral zone before being forced lower once more. This showed the steady bearish pressure on the asset, with brief periods in between for sellers to gather momentum once more.