October 2 – Crypto Michael analyzed Bitcoin and Ethereum charts with the video he published. Saying that the downtrend for Bitcoin continues, the analyst also pointed to the buying opportunities for Ethereum in the bearish rally.

Dutch trader and analyst Michael van de Poppe, known as Crypto Michael on social media, commented on the Bitcoin and Ethereum charts in the general course of the market. Referring to the fact that there is a general fluctuation in the markets, the analyst started his words by saying that a part of it could be related to the Bitmex event.

Poppe stated that regardless of Bitmex, the trend in the cryptocurrency world has already experienced a downward break with Bitcoin losing its $ 11,000 level. According to the analyst; The cryptocurrency sector, which cannot exhibit a positive break in general, can recover with Bitcoin seeing $ 12,000 again. As Crypto Michael entered the last months of 2020, he also underlined that the last quarter of the year was generally not very bright for the cryptocurrency industry. 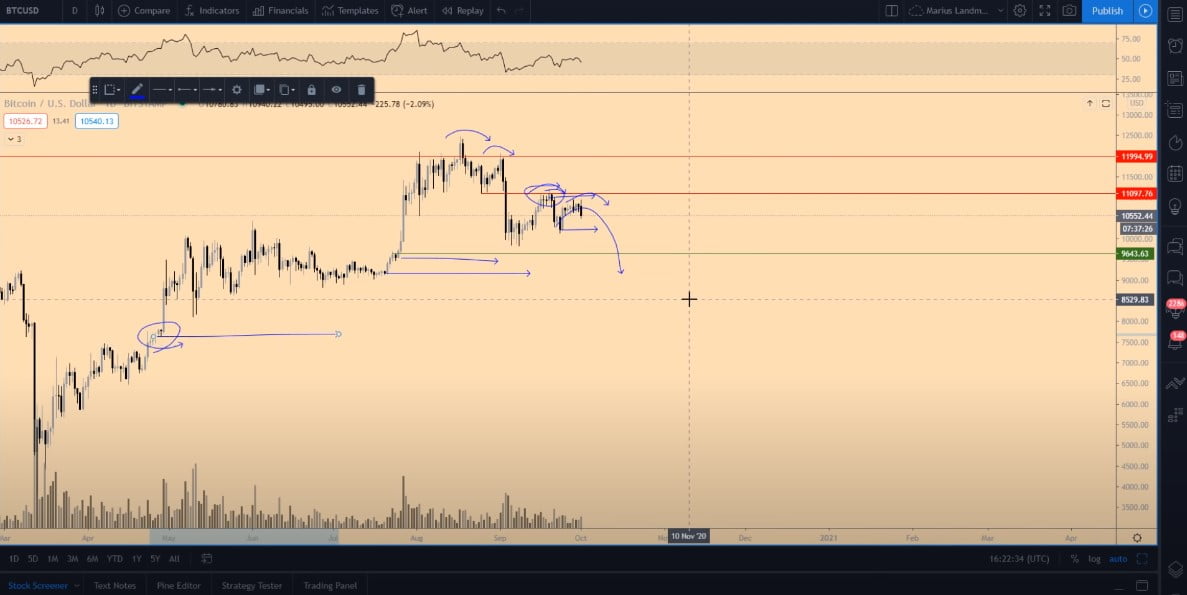