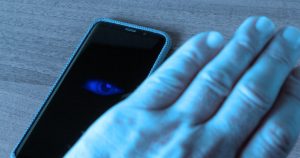 A new survey by WhistleOut asked users if they believe an app on their phone spies on them, and if so… which app or apps? And the results are in. Only 15% didn’t think an app was spying on them. In terms of pointing out which app survey respondents think is the spy… 68% fingered Facebook, 53% tattled on TikTok, 45% ogled at Google, and 43% instigated Instagram. Other apps that made the list include Amazon, Snapchat, Twitter, YouTube, Apple, and LinkedIn.

IRS being investigated for tracking American location data without a warrant 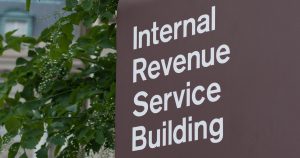 The oversight body over the Internal Revenue Service is formally investigating the tax agency for buying location data from a firm called Venntel. The investigation was opened after Senators Ron Wyden and Elizabeth Warren loudly requested it after news came out that the IRS had obtained location data on taxpayers without a warrant. Location data shouldn’t be accessible to government agencies without a warrant thanks to a 2017 Supreme Court ruling. 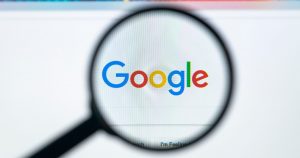 Court documents from an arson case have revealed that Google regularly gives information to law enforcement on anyone who has searched a particular keyword, including physical addresses. In this case, Google gave police a list of IP addresses that had searched for a particular address in the timeframe leading up to the arson.These types of keyword warrants are similar to reverse location warrants, which have been ruled unconstitutional under the Fourth Amendment and it sure seems like the Fourth Amendment should apply here, as well.

A US Magistrate Judge has ruled in a defamation suit that Twitter must provide information on the since deleted Twitter account @whyspertech. The account has been linked to the spread of the Seth Rich conspiracy and Twitter has until October 20th to give up the IP address and initial account registration information to the court.

Top court rules again that EU laws may not require general and indiscriminate data retention, but then muddies the privacy waters

The Court of Justice of the European Union has issued some important clarifications to the EU’s view on the data retention laws of member nations. The Court reaffirmed that national level laws cannot force communication companies to indiscriminately send all information to national security agencies. Additionally, nations can’t force companies to store logs as a preventative measure. The law does permit targeted data retention; however, the law is clear that general and indiscriminate data retention is not permitted.

Europol’s latest Internet Organized Crime Threat Assessment lists specific privacy enhancing software as a top threat to international police efforts. Besides privacy focused cryptocurrency wallets like Samurai and Wasabi, Europol also called out OpenBazaar and open marketplaces a threat. At the same time, the report noted that most dark web purchases are still being made with Bitcoin, not Zcash, Dash, or Monero.

T2 security chip inside every recent Mac has an unpatchable vulnerability

Apple’s T2 coprocessor can be jailbroken using exploits that have previously been used to jailbreak iPhones. An attacker with physical access to a Mac can brute-force the FileVault drive encryption password, inject rootkits, and more. Since the attack requires physical access, I guess if you’re worried about this… don’t ever let your Mac out of your sight??

Privacy News Online is brought to you by Private Internet Access, the world’s most trusted VPN service.

Special thanks to Intego

Thank you to Josh Long, our cybersecurity correspondent from Intego, makers of award-winning security software.