These altcoins were on the rise last week after Coinbase announced it began listing some altcoins, including the district0x (DNT) token. The most striking of them was the DNT token. DNT was able to see an 800% price increase due to the Coinbase effect. So what is the DNT token that managed to rise this much, how does it work? Let’s examine it.

According to CoinMarketCap data, the market value of district0x (DNT) is over $ 30 million, while its market ranking is 183. The total supply of DNT, whose total supply is 1 billion, is 600 million in circulation. Developed in 2017, the token showed a fairly stable price movement towards the end of 2018, and its price did not change significantly until November 2020. However, with Coinbase listing DNT on the stock market on November 5, there was a high price increase. 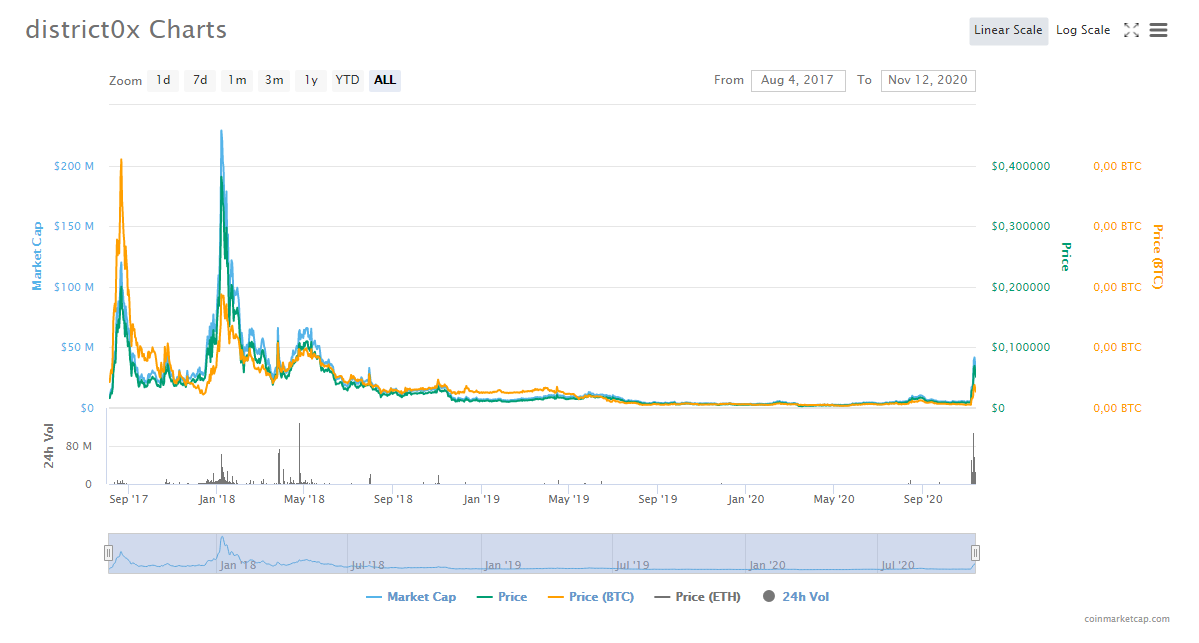 How much did DNT get after being listed?

While the price of DNT before being listed on Coinbase was $ 0.0088, the price jumped to $ 0.079 when it started trading on the exchange. It was stated that investors managed to make huge profits, reducing the DNT price to $ 0.062. According to CoinMarketCap, DNT is currently trading at $ 0.051769. 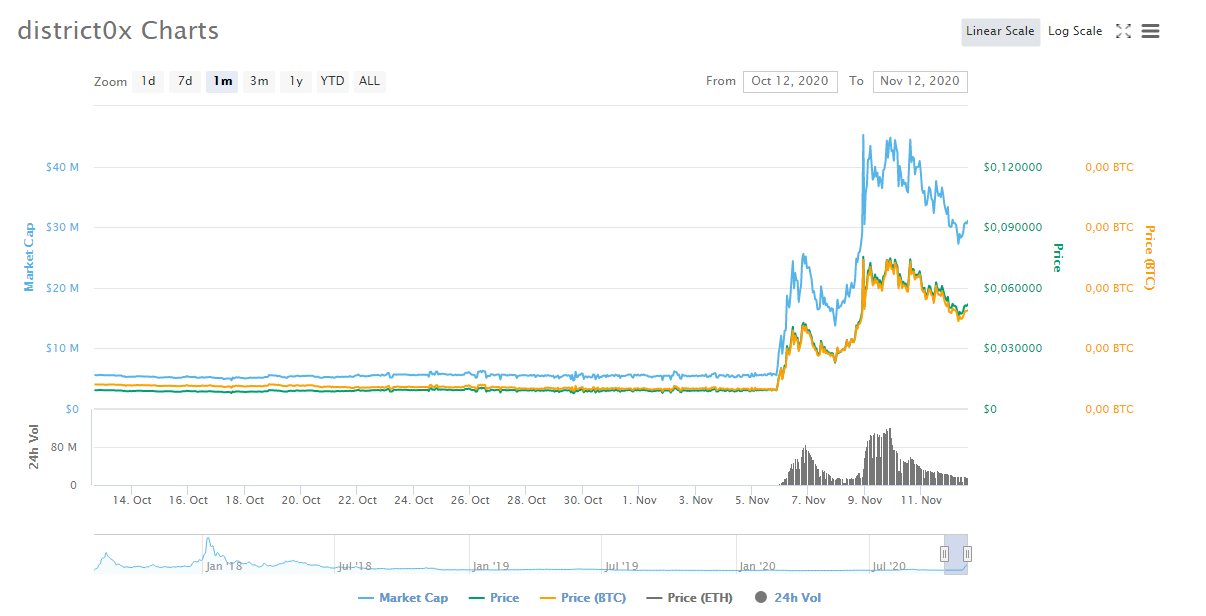 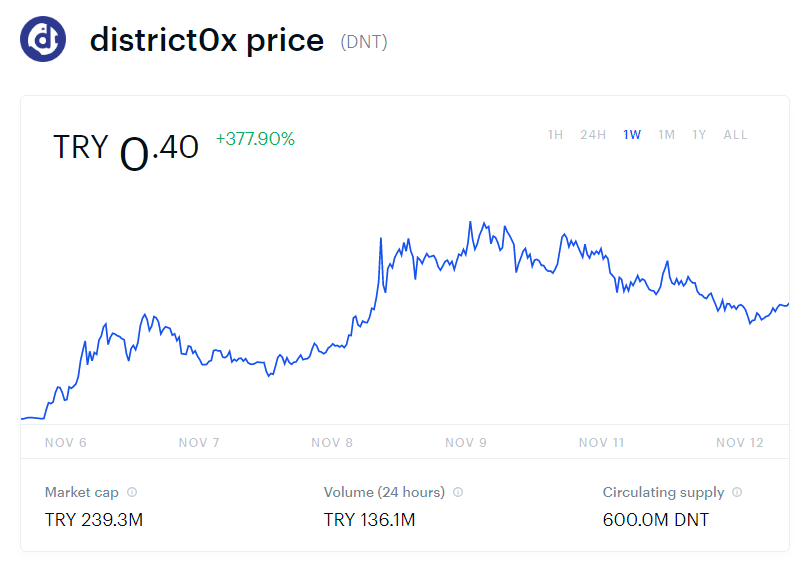 What is District0x (DNT), what are its features?

District0x (DNT) is an Ethereum-based, Aragon and IPFS-backed ERC-20 standard token, founded in 2017. Created for use in the District0x network, DNT is an entity that gives users the authority to develop and edit the network. However, the DNT token, which is also used in voting for the marketplace named District on the network, is also used by users in cases requiring approval such as choosing marketplaces, rejecting malicious marketplaces.

The District0x network brings together digital marketplaces and communities. There are 3 District districts named Ethlance, Name Bazaar and Meme Factory on the network. The aim of the District0x network is to create an independent system that does not have a central authority and can continue to work within itself.